There are many First Nation traditional territories and communities that are within the region, their governments often working in partnership with the RDMW and local municipalities.

For detailed, up-to-date information, it is always recommended that individual First Nation governments, Tribal Councils or Treaty Groups be contacted directly.  The list can be found here.

Note to all First Nation band administrations: If a link is broken or contact details are incorrect, please e-mail info@rdmw.bc.ca immediately.

A number of First Nations in the region contribute to local services that the RDMW delivers.  These will be specified here as the website is built.

The result of years of discussions, and community to community talks, this protocol began its life as a project between the Winalagalis Treaty Group and the Regional District of Mount Waddington.

Participants worked to write a protocol which respects all of our differences, recognizes historical and aboriginal rights and speaks to the need for our communities to work together to find success in our common needs, and the unique opportunities provided by our differences.

The signing ceremony was arranged to coincide with the Sixth Annual BC Rural Communities Summit held in Port Hardy March 16-18 2010.  This protocol is considered a "Living Document" and all parties are hopeful that even more parties will see the benefit of joing the signatories in this great vision of stronger relationships and mutual recognition and cooperation.


In March of 2012, the first subsidiary agreements were signed, a renewed Alert Bay Accord and the Woss/ Wa'as Cooperative Agreement, both signed between RDMW communities and the 'Namgis First Nation. 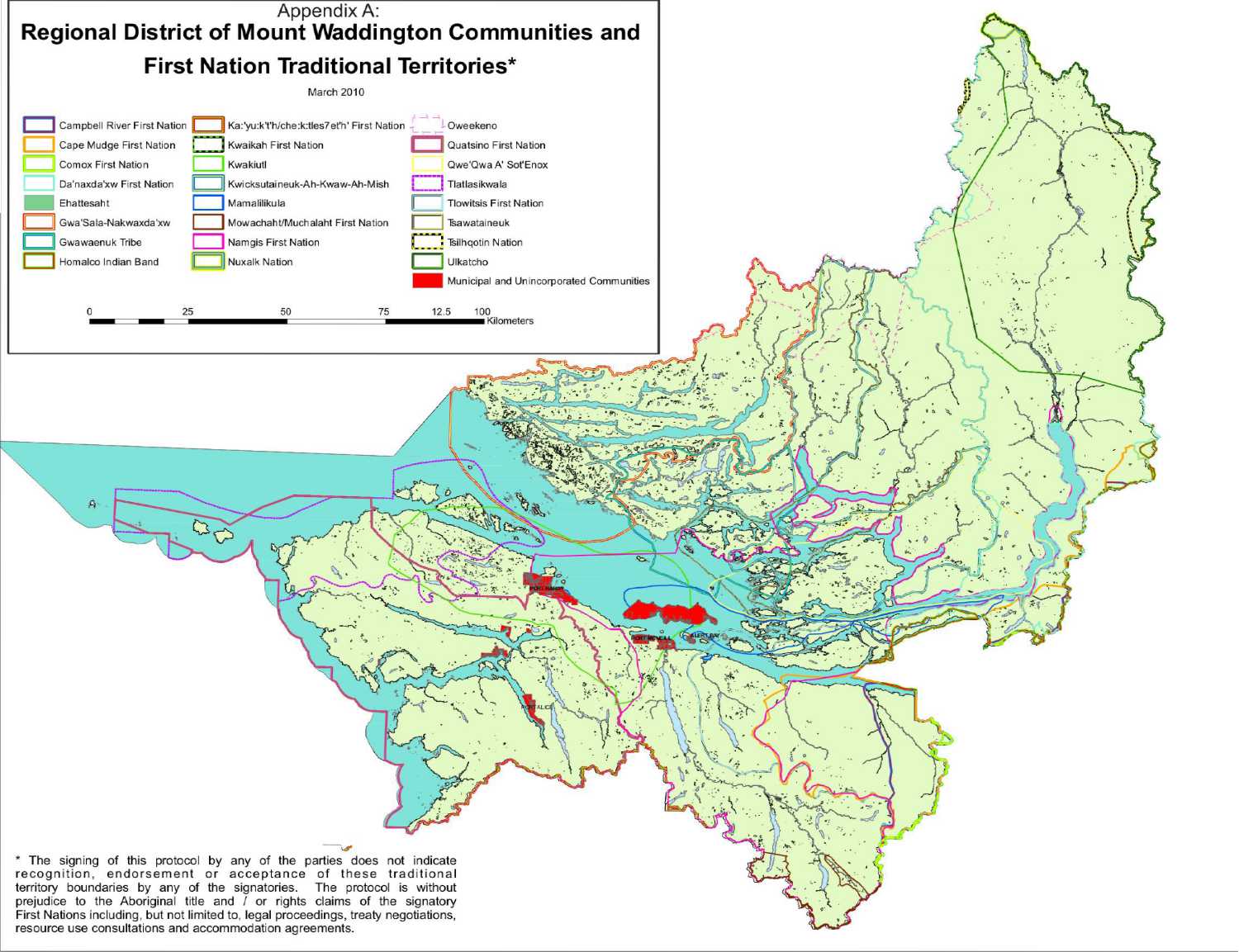